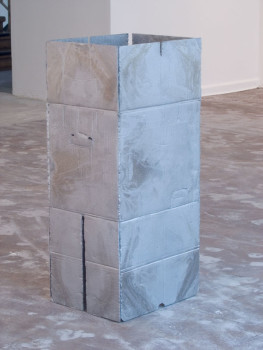 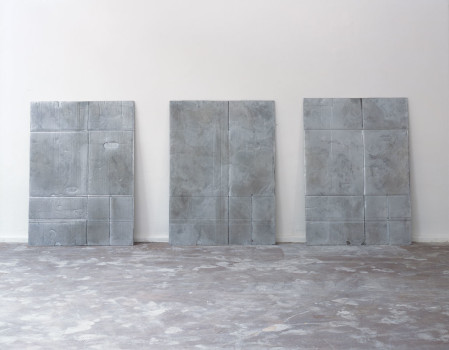 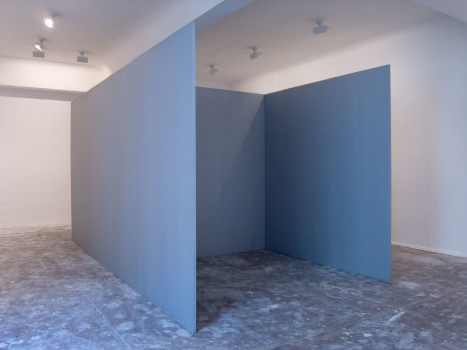 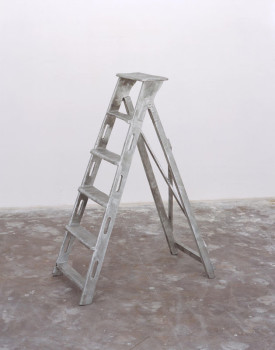 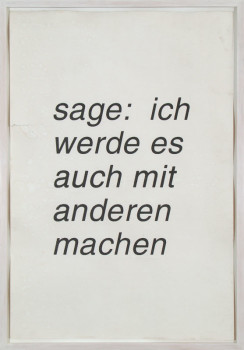 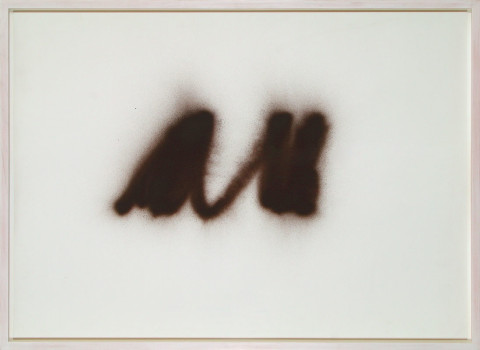 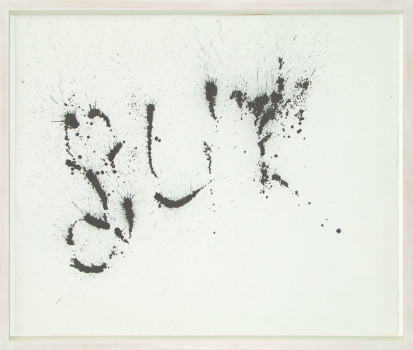 Whatever he produces in terms of artistic output, Jürgen Drescher always portrays himself – hence the title of the exhibition at Galerie Isabella Czarnowska.

Here he tries to imagine how other people will perceive his second name as the title of an exhibition.
The works on show include casts of everyday objects, packing cases and ladders, a spatial installation made of chipboard that is reminiscent of a trade fair booth and a film in which the artist dons a mask to slip into the role of art collector Christian Friedrich Flick. There are also a number of drawings that reflect the current possibilities and conditions of art.
Although all the works can be interpreted in one way or another, they also raise questions. And the artist, too, has questions he would like to answer in the process.

Aluminium sculptures Our perception of these representational objects with their implications of craftsmanship and everyday situations opens up an abstract, atmospheric realm we may not be prepared for.
“It completely confuses me when something looks like it`s going to break; it`s as if I were personally defective, even though the material is not my mind or my body and it is subject to its own conditions.”
And yet he wants to push the material to the limits of its perceptibility in order to give it an ambiguous, unexpected appearance, to spread the seed of doubt – can it really be like this?
“If a sculpture has accidentally broken and upset my plans, can I show it without being ashamed – given that otherwise I unhesitatingly exhibit things that have got broken where I wasn`t involved?”

Spatial sculpture Do two fair booths make a double bed, and is this a stage? The “Raum im Raum” (space inside a space), made of sections of chipboard screwed together, prefigures one of Drescher`s metal sculptures.

Video In the video piece “Flick” from February 2005, Drescher attempts to lend the often controversial art collector his own artistic mentality with its tendency towards uncertainty, as a way of addressing the problematic nature of this figure.

Drawings In the drawing “Es gibt keine Blauwale mehr” (There are no more blue whales), 2001, it is claimed that the reason why left-wing artists do not concern themselves with practical ecology is that they, too, construct their ideology on the basis of growth rather than subverting it by establishing alternative systems of values.

Does failure mean that questions are kept open? And does the question asked by the artist himself as to the significance and value of his own practice undermine the product character of his works?

“However, the more confident I feel myself to be, the more the number of presentable drawings – the work I consider successful at all – grows.”

A sense of certainty, enhanced by being challenged, generates a new perspective.