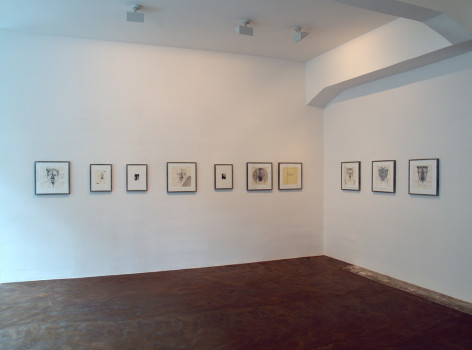 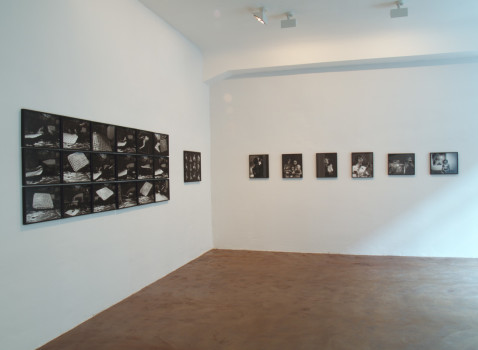 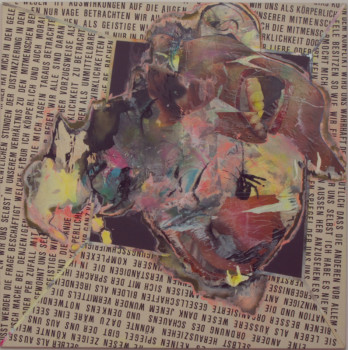 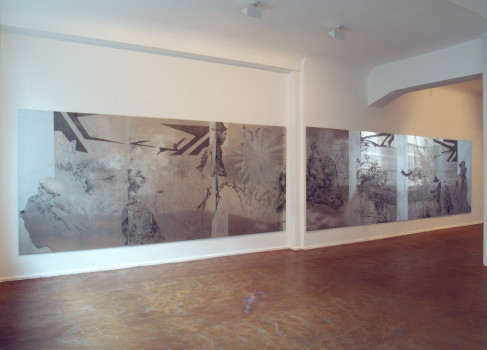 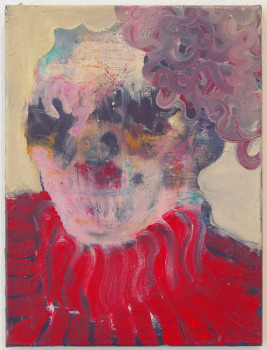 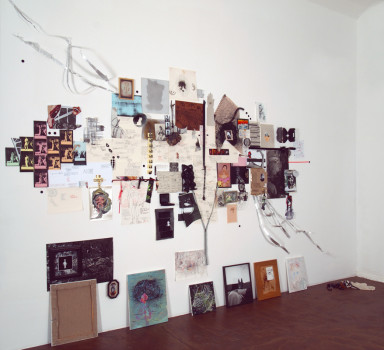 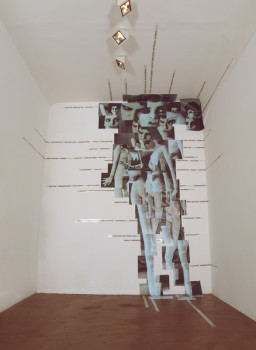 Laserprint Collage on the Wall; variable 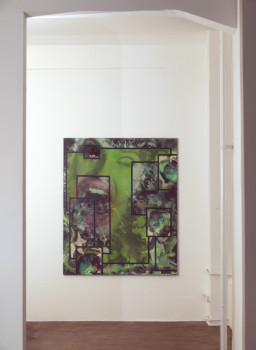 Mikki Funk –A Retrospective (1907–2026) is the first exhibition to show a representative selection of works of one of the most influential and at the same time mysterious artists of the 20th and the early 21st century to a wider public. Mikki Funk was born in Russia in 1907 and –up until her temporary disappearance in 2006 –has participated actively or as a catalyst in nearly all avant-garde movements influencing them decisively. That art history so far has rarely taken notice of Funk´s wide ranging activities is a testament to her ability, more than any of her contemporaries, to effectively evade publicity. Like many artists of her time, Mikki Funk has repeatedly worked with varying collectives, often acting as an initiator or a source for ideas, only to then deliberately retreat to the background.

At the beginning of the 21st century Funk achieved a certain cult status and fame of nearly pop-cultural dimensions when her activities with the artist group K 37 took center stage in a disoriented, deteriorating art industry. But it soon became clear that Funk´s messages were by no means as harmless as they had first appeared.

To a great extent, Funk´s artistic approach to sexuality remained misunderstood. The playfully-aggressive enactment of the dialectics of dominating and being dominated seemed to be ahead of its time and revealed the absurdity of the fixed and static implications of gender identity. Her vehemently advocated idea to replace capital as the sole lubricant of an economy – which was further and further destroying itself – with the factor of time, which is available to all humans equally, proved to be revolutionary. Similarly irritating was Funk´s insistance upon a constantly available source of energy, which she believed to exist prototypically in the state of childish play, free of all normative restraints.

After a long period of preparation it has now become possible to gather works from the different periods of Funk´s creative career in an exhibition providing an overall view.While for various reasons her works from 2005 and 2006 stand as the centerpiece of this project, photographic and filmic works, an early sculpture (Untitled, 1969) as well as many works on paper (Monaco Bavaria I & II, 2004), highlighting Funk´s unusual sensitivity, will be on display. For the first time, Funk´s large format tableau (The old in-and-out, 2006), put together from seven sheets of aluminum, will be shown. Its complex iconography illuminates –in a condensed form –the conceptual connections of her work from 2005 and 2006. The organizers of this exhibition have furthermore integrated a large collage taken from Funk´s last studio in order to make her ways of thinking and working clear to the visitors. In an effort to make Funk´s life, entwined with myths and mysteries, at least partly understandable, the documentary Monaco Bavaria, that won the Palme d´Or in 2006 and is authorized by Funk, will be on view.

Photographs
Mikki Funk´s photographic work is essentially based on orchestrated actions in and out of the public sphere. In many performances, the artist addresses and enacts possibilites of a spiritual and sexual widening of horizons. Her works in the context of group interaction seem especially charged. The photographs taken by NILS don´t just happen to resemble pictures familiar from theater and stage photography. These photos show Funk, much like an actress, in different roles and theatrical poses; their often bizarre strangeness at the same time fascinates and irritates. The energy that Funk sought and found in the context of her actions, becomes visible on the surface of the still frame and remains to be felt in the tense gestures and absolutely concentrated facial expressions of the protagonists.

More often than not the iconography of the pictures recalls models from art history, making religious, mythological and mystical imagery fertile for the Now. The revitalization of history is an important starting point for all of Mikki Funk´s work.

Works on Paper
No other group of Mikki Funk´s works defers as clearly to the principle of interconnectedness and transformation which underlies her complete work as her works on paper do. In her aquarells, which are partly collages, we are presented with ever recurring motifs in slightly differing constellations; fetish masks (Monaco Bavaria I, 2005) or the silhouette of a female figure, displayed in different materials, oftentimes including a circular shaped symbol as well as different bodily fluids (Monaco Bavaria II, 2006) repeatedly appear. Funk plays with her imagery in ever differing variations, in a way similar to that of the musical compositon of the fugue. As a result of this process we are confronted with drawings in series, sometimes comprising up to 50 single pieces. Regarding content, the works on paper also seem to pursue an interest in questions of sexuality and identity, though the artist treats the topic in a noticeably more subtle way here than in her more expicit performances, in which the playful delight in the sexual dialectics of domination and submission is expressed undisguised. In contrast, the aquarells can be understood as a quieter reflection of just this lust.