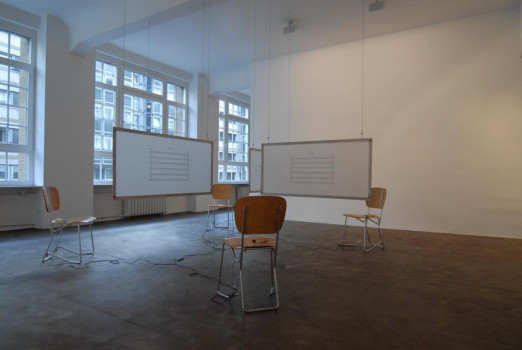 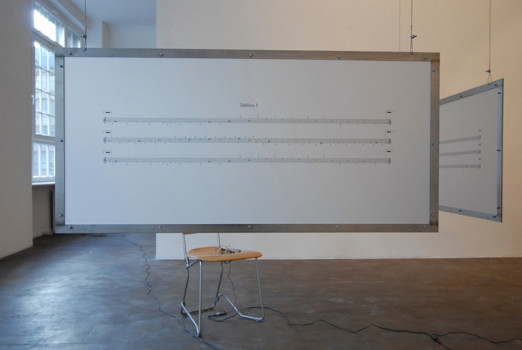 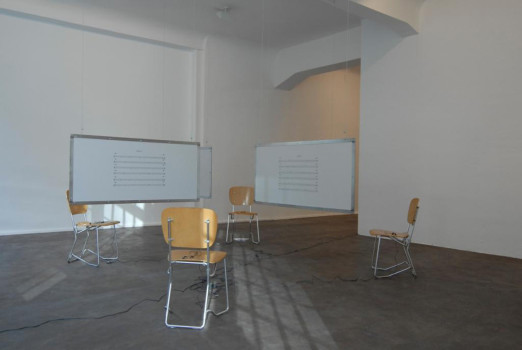 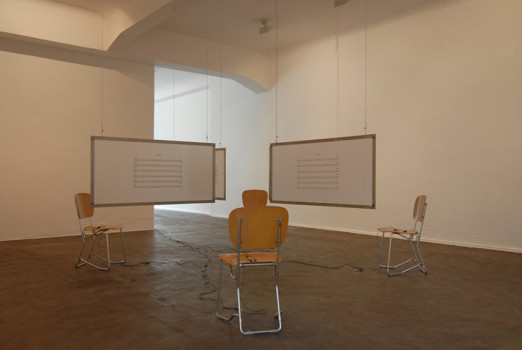 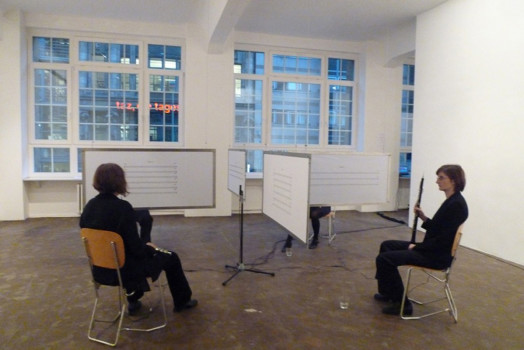 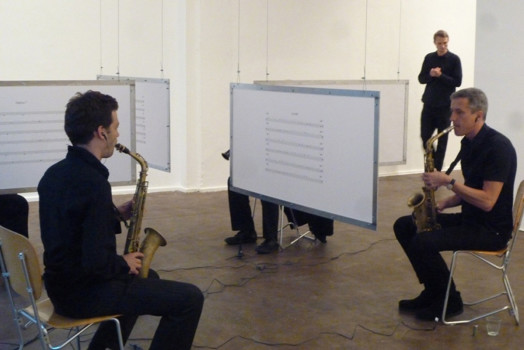 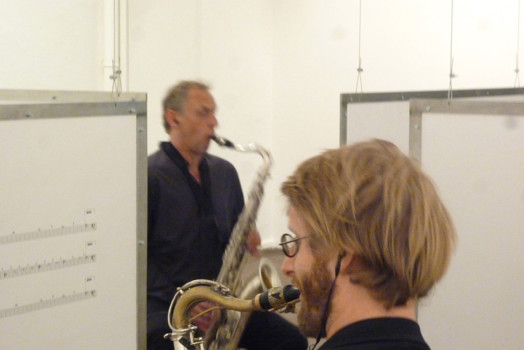 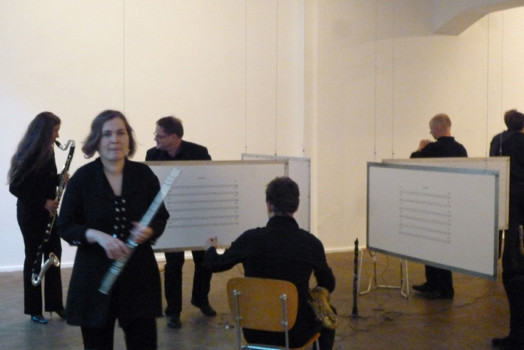 Duży zwój [Large Scroll] is a piece of music in which I used one of the so called Netherlandish tricks used as early as the 15th century by Obrecht and Okeghem, among others.The trick consists in the fact that a single sheet of musical notation can be read normally (i.e. as it was written; from left to right) as well as be turned and read against the light, like a mirror image. Thus, the same notes can be played in the original form (Original) and backwards, in retrograde (Reversed). Moreover, the original form and the reversed form can be performed simultaneously to form a two-voice polyphonic piece. And this is what I did in Duży zwój [Large Scroll].The musicians are placed behind transparent screens. There are 12 screens. Each of these can be looked at from two sides. In effect, we have 24 voices. The voices were written in such a way that each voice harmonize with all the other voices. Having a choice of 24 voices we can assemble a significant number of two-, three-, four-, and more-voice constructions. From the spectrum of possibilities I chose nine combinations – nine counterpoints of Duży zwój [Large Scroll].