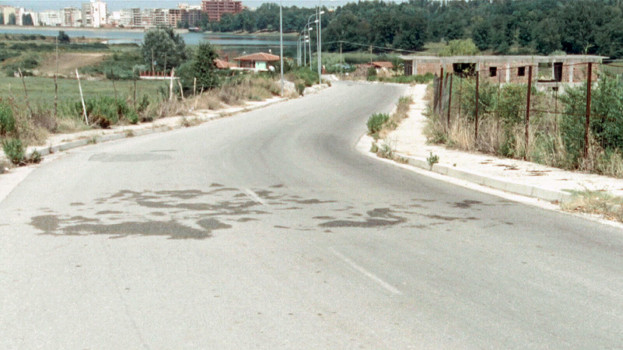 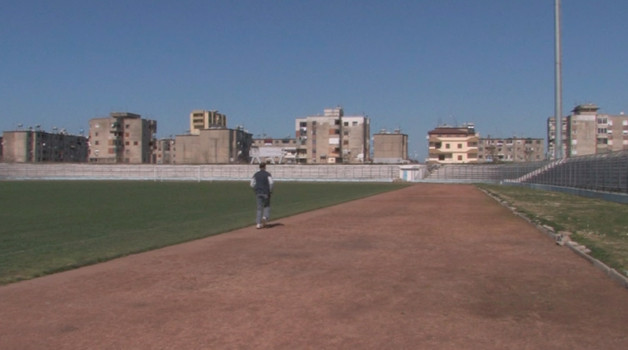 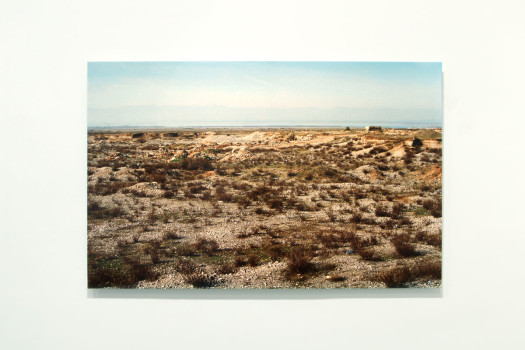 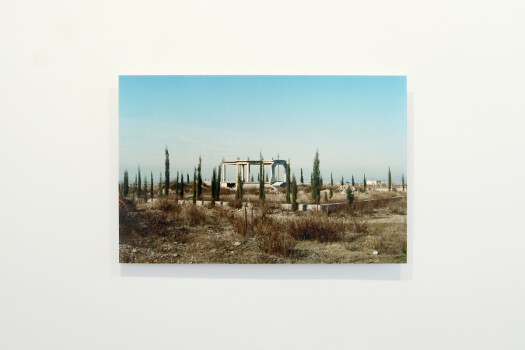 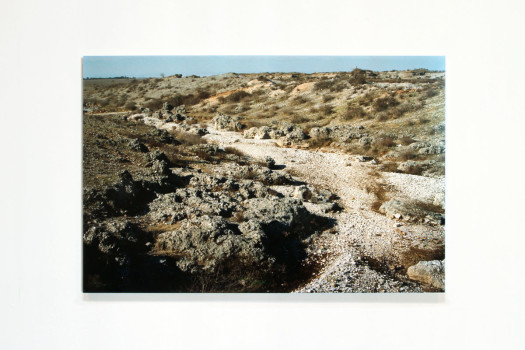 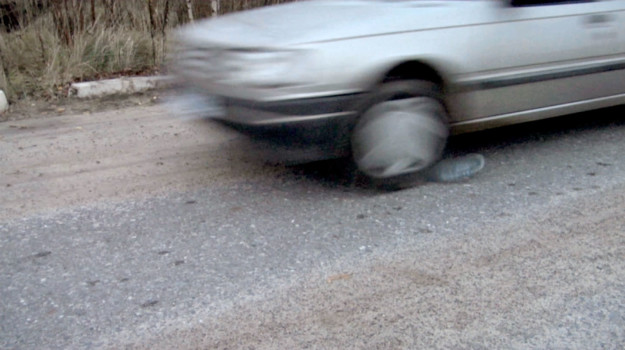 Berlin-based artist Silva Agostini will be showing her latest photographs and film works in her second solo exhibition, “Steady Cadence,” at Galerie Isabella Czarnowska. The title “Steady Cadence” describes the division of time by rhythm, which is the underlying theme of the entire exhibition. Silva Agostini stages, ironizes and entangles time, thus creating complex, cinematic scenes. In the First Room of the Exhibition, Silva Agostini will be showing her film, “Responding Environs”. We can see a puddle of water on a country road in a bleak landscape. The length of the film is determined by the time it takes the puddle to evaporate and disappear. The preconditions of nature, the limitations of technology, and narration reduced to the bare minimum necessary are all features of this structural experimental film. By these means, Silva Agostini depicts a landscape consuming itself. The heat of the wasteland sucks the puddle of water away and leaves us with a feeling of finality. Agostini subtly creates a brief illusion of forward motion and change. Agostini’s works always strike a critical chord. Her cinematic and photographic work shows minimally staged landscape situations located within the experience of a contradictory society. In her works, she depicts a reality that looks the same when starting or stopping. What is stagnation? These issues are primarily addressed in her large-format photographs. Desolation as far as the eye can see, abandoned building projects, dried-up rivers. Silva Agostini shows us the end of the beginning.
Her latest film explores the idea of a family heirloom. Agostini’s grandfather, an athlete himself, has been entering national racing records in a notebook for decades. The distances and times are handwritten, and the tabs and tags have been carefully added. Agostini has given the yellowing book centre stage. Simultaneously, a runner runs endless laps around a sports field. In the film, the athlete seems to be trapped as he endlessly circles the architecture of the stadium. The houses lining the background of the stadium reveal the unmistakable location of the video footage in the old Eastern Bloc. The film entangles eras far removed from other. For over 50 years, results have been meticulously recorded to the last millisecond.
Milliseconds of triumph, a cinematic eternity and decades of meticulous work coagulate in this film to form a reflection on the elapsing and sufficiency of time. In the last room, her piece “Displacing Motion” can be viewed– the whole film consists of a tracking shot along a street that is distinguished by nothing other than being unremarkable. A plastic bottle is lying on the street. Over time, cars drive across the scene, driving over the bottle in the process and thus taking it further down the street each time. The cars drive over the bottle at various speeds. An absurd suspense grows. Here, Agostini comically stages the very act of staging, reducing the style of film, motion, tracking shot and narration to absurdity. The film ends in a radical negation of the story. The bottle is driven out of the picture and the camera continues filming into the void. Minimal drama can be seen. The viewer is left behind, stunned. Now, not only the protagonist is out of view, but the whole cast seems to disappear. The entire film comes to nothing, and all that remains is film in itself. The soundtrack of the rhythmic transmission marks the passage of time in the piece like a skewed clock’s hourly chime.